The Greek Islands In Literature

The Greek Islands In Literature 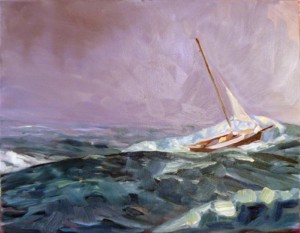 The place where a story in a literature book unravels has always been proved crucial for the success of a book. A perfect landscape giving readers the opportunities to wander mentally to a place many people dream to travel to are the Greek islands. Through literature the reader will discover unknown places of unique beauty, will be initiated to their perception, will examine the meaning of figure and forms of landscapes and through art will travel back centuries. This category of literature views the Mediterranean as a common meeting place of great authors of the world from ancient times to the present era.

The first novel – and one of the most significant novels in the world – which takes place in the middle of the Aegean Sea and reveals the thoughts and myths of Ancient Greece is, of course, the epic tale of Odyssey by Homer (ca 700 B.C). The hero, Odysseus, travels by boat accompanied by his fellow soldiers from the coast of Asia Minor towards his home place, the island of Ithaca. During this voyage, he faces countless difficulties and hostile mythical creatures and he becomes the symbol of the man struggling to return home, the place where his family lives. It is an interesting and attractive text with a rich plot, language and depth of ideas and characters and a sense of life in Ancient Greece. Most impressive of all are the islands the reader meets following Odysseus – the Greek islands where everything is possible, islands that give the hero- and the reader, too- the wisdom of an adventurous trip.

In recent times, Greek poetry of great poets like George Seferis and Odysseus Elytis (both awarded a Nobel Prize in literature) glorified the Aegean Sea and emphasized the power of the Aegean light and sea, elements that link the spirit of Homer to the Greek landscape. In their poetry, these elements are transfigured into global ideas such as justice, love and humanity. They both talk about Greek history and natural beauty in order to present Greek culture in a magical, poetic myth.

The Aegean Sea was an inspiration and a central theme for a very famous novelist, Jules Verne. He wrote the novel Archipelago in fire, a book which takes place in Greece and deals with the Greek revolution against the Ottoman Empire in 1821.

Another book about Greek islands is Sailing the Wine-Dark Sea: Why the Greeks Matter by Thomas Cahill. It’s an attempt to explore “the hinges of history”, as the writer claims. The story transfers the reader three millennia back and introduces him to the art and wars of a glorious civilization in the cities of Athens, Sparta and, of course, on the Greek islands.

Nikos Kazantzakis describes the spirit of Greek life in his novel Zorba the Greek, mostly taking place on Greek islands; a spirit defined by love, wine drinking, dancing and freedom in harmony with the landscape of the country.

Santra Vretta wrote the book Aegean Sea, a very interesting book about the variety of attractions and history of the Aegean islands, for instance the volcanic eruption on Santorini and the architecture and sculpture in different historical periods, all combined with rich illustrations and a useful Museum Guide of Greek islands.

The lost island was written by M. Karagatsis in 1943. The plot revolves around a shipwreck off a Greek island where the landscape changes and becomes a symbol of mystery and self-isolation remaining, at the same time, an attractive place that invites us to discover it.

Sailing round the Greek islands is also the main theme of two Greek novels, Anemolia by I. Zgouros and Floating islands by J. Miggas. Both novels are about a group of people sailing the Greek islands and, at the same time, travelling back in time, into the past, through past memories and fantasies, as they seek the essence of life and friendship.

We could mention many more books about the Mediterranean Sea but the common characteristic would be, without any doubt, the deep blue of the sea, its mystery and the call to discover and live – even for a short while- in this landscape.

Sailing the Greek islands with Greek Water Yachts. An amazing experience and an alternative perspective in travelling.